Are you looking to find the best guitar for Indie for your money, but aren’t exactly sure what you’re looking for? Our pros explain what you should be looking for and how much you can expect to pay.

By  reading through this page, you’ll know everything you need to know about Indie Rock Guitars and have a pretty good idea of which guitar is the best for you. So continue reading  to find out what the guitar retailers wouldn’t tell you about buying guitars.

Ask the top Indie guitarists which guitar do they favour and you’ll probably get 5 different answers, but all with 1 thing in common, they will all be Fender. Think about Troy Van Leeuwen (Queens of the stone age). Or Thurston Moore and Lee Ranaldo ( Sonic Youth).

The Squier by Fender Bullet Telecaster 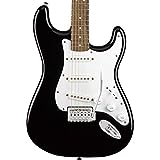 Gibson are one of the most popular guitar manufacturers in the world and as we recently stated, the Gibson SG and the Gibson Les Paul are incredibly popular with Indie guitarists. 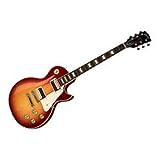 Indie guitarists are always trying to sound like they’re from the 60s. Indie rhythm guitarists tend to prefer semi-hollow guitars to achieve that jazzier, smoother sound found more in 60s music, but with a modern twist. Guitars like:

Danelectro guitars have always been a bit of an oddity really in the music world at least. They don’t seem to fit into any major genre and yet, they feature in almost every one. Indie guitarists like them for that raw, unaffected sound and lipstick pickup. 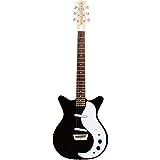 A considerable amount of the sound created by an Indie guitarist is based on distortion, take your time reading through articles and listening online to get that sound you prefer. When you do, the guitar will follow.

To achieve a warm bright sound single coil pickups are the best choice. However they can create a constant buzz or feedback at high volumes. To combat this feedback, try humbucker pickups which are basically 2 single coil pickups connected together this stops the hum, hence humbucker.

Indie started around the mid 80s as an alternative type of music to the then “popular” music of the day. Many of the top recording companies wouldn’t take on these different sounding bands, So they signed with smaller, independent labels, hence “Indie” was formed.

So after the explosion of punk rock, the next alternative sound to come along was Indie, Indie and punk are somewhat indistinguishable at times but completely different at others. The name is derived from the independent record labels who were signing these new up and coming bands.